This breed is found in Sikkim and Darjeeling. The most common coat color found in Bhutia horse is grey or bay colored. It is similar to Tibetan pony. They have large head, small eyes and ears, straight shoulder, deep chest, strong legs, short and muscular neck and have powerful hindquarters. This breed is mainly used for riding and to carry loads. Bhutia horses are 145cm in height and mares are 125cm in height. Bhutia horses required 5-15 gallons of water per day.

Horse needs the food which is healthy, nutritious and satisfies their hunger needs. They love to eat sprouts of cereal grain. They will love to eat variety of cereal grain sprouts such as barley sprouts. Mainly barley sprouts are used as it has excellent nutritious value and sprouts early. The protein level of barley sprout is in between 16-18%. The barley is easily digestible by horses and has high moisture content. For good performance of horses sunflower seeds in little amount is given to the horse as it will increase protein level in their body. Only fodder is not sufficient in horse diet. Along with fodder, dry roughage is also given to complete horse feed. The diet is given to the horse approximately 2% of horse body weight. Grain hays and grass hays are best in feed diet.

For horse farming, suitable land which has barn or shed and open space should be selected. They require the shelter or shed which will help the horses to save them from wind and rainfall. Ensure that clean air and water facility should be there in selected land. In winters, the horses are kept in shed or horse blanket is given to protect them from cold weather and in summers, shade is necessary. To cover the land from ends, fences are required.

Care of pregnant mares: Breeding is mainly done in mid-late spring and when male horse is at least 4 years old and female horse is 5-6 years old. After breeding, gestation period remains for an average of 340 days and they give birth to 1 foal. It is expected that mare will gain its weight up to 9-12% of her body weight. High quality alfalfa or grass is given to the mare during pregnancy stage. To complete the need of calcium in mare’s body, supplement of salt-calcium-phosphorus mix is given in the feed.

Care of newborn horse: Immediately after birth check the breath of the foal. If foal is not taking breath, rub the foal vigorously or blow the air into foal’s mouth. This will help to stimulate the respiratory system. Do not immediately cut the umbilical cord as it will help foal to receive blood from mare. Clean the umbilical stump with 1-2% of iodine.

Recommended vaccines: Updated vaccines as well as de-licing every time is required to maintain horse good health. Equine influenza vaccination is required for horse health. Some vaccines such as deworming are required once in every year. Some major vaccines or medicines which are required for maintaining horse’s good health are as follows:
•    Tetanus injection is given first in 3-4 months and second after 4-5 months of first dose.
•    Three doses of WEE and EEE is given to control the risk of Equine influenza.
•    Two vaccination is given once in 4-6 months and then after 1 month of first dose to cure the risk of West Nile Virus.
•    Three doses of Toxoid vaccination is given when the foal is 2-3 months old at the intervals of 30 days.
•    One dose is given when foal is 6-12 months old to cure from Equine Viral Arteritis.

•Tetanus (lockjaw): The disease is caused by Clostridium botulinum bacteria. The disease mainly caused by some injury or surgical operation.
Treatment: Tetanus injection is must in once a year to prevent tetanus disease in horse. 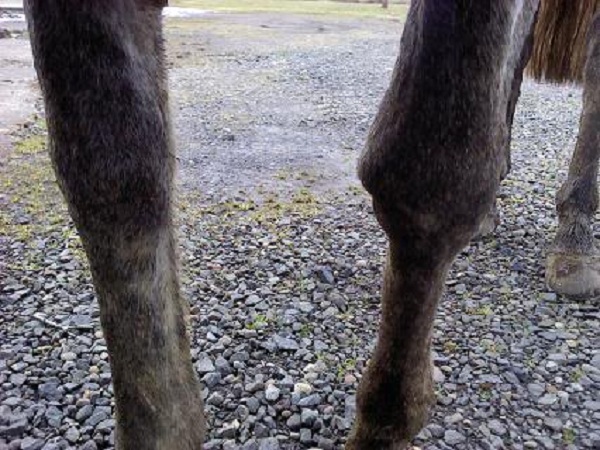 •Arthritis: The disease mainly occurs as the horse or pony gets older. The disease causes joints inflammation, fluid level increases near the joints and visible swelling occurs. As a result horse shows discomfort and is in excessive pain.
Treatment: Firocoxib is an oral paste which is used to treat arthritis.

•Equine rhabdomyelosis (Azoturia): The syndrome causes damage in muscle tissue. It is mainly caused due to vitamin deficiency or giving poor conditions to the horse. The horse shows painful muscles, stiffness and awkward gait as symptoms. 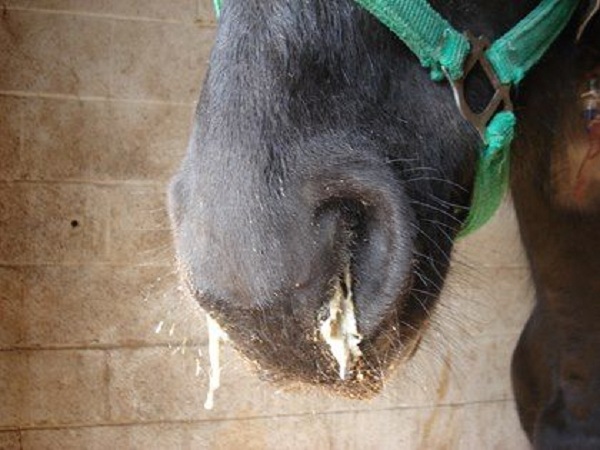 •Distemper/ Strangles: It is a respiratory infection mainly caused by bacteria. The symptoms are runny nose, fever and loss of appetite.
Treatment: The vaccination of horse once in the year is necessary to cure Strangles.

•Equine influenza: It is a respiratory infection mainly caused by virus. The symptoms are runny nose with white mucus, cough, loss of appetite and depression.
Treatment: Vaccination of influenza is given twice a year to cure Equine influenza. 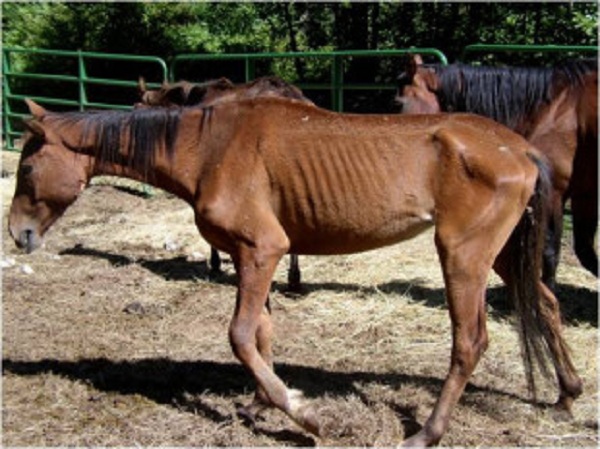 •Rhino pneumonitis: It is an upper respiratory disease mainly caused by virus. The symptoms are cold, cough, runny nose and fever.
Treatment: Vaccination of Rhino pneumonitis is given twice a year to cure this disease.

•Equine Encephalomyelitis: The disease is caused by virus. The disease mainly damages the brain and can be fatal. The symptoms are fever, excitability and then depression and drowsiness. After some time the horse get paralyzed and then die within 2-4 days.
Treatment: In northern areas, vaccine is given once in a year and in warmer or humid regions boosters are given at the interval of 3-6 months.

•Rabies: The disease is mainly transmitted by biting or infection from another animal which is infected by rabies. The symptoms are unusual personality or behavior change, depression and lack of coordination.
Treatment: Vaccination for rabies is done once in a year to get cure from this disease.

•Colic: Colic itself means belly pain which causes minor to major pain. The disease is caused by worms, spoiled feed and gas. The symptoms are lethargy, lying down and biting at the stomach.
Treatment: Worming of horse helps to minimize the ingestion. Feed the horse bran mash or beet pulp regularly to prevent from colic disease.

•Laminitis: The disease is caused due to overeating of grain or by overeating lush grass.
Treatment: Remove the grain from the feeder immediately with the help of veterinarian.