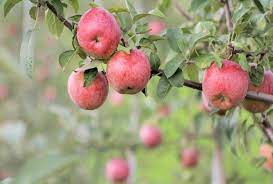 Illegal tax collection from Himachal gardeners in Shoghi and Parwanoo

In the early phase of apple season, employees of government agency Marketing Board are extorting Rs 3 per box from local gardeners at entry gates at Shoghi in Shimla and Parwanoo in Solan. Its complaints have started reaching local representatives and marketing boards.

Three rupees per apple box market fee is charged from the traders of outside states at these points, but the APMC employees are also collecting from the local gardeners. In the year 2019 too, MLA Rakesh Singha raised this matter in the assembly. After the instructions of the government, illegal recovery stopped in the year 2020, but this year again the employees have come down on arbitrariness.

According to the rules set by the market committee, the local gardeners have to show the documents at the barrier, but the employees are not ready to listen to anyone. Driver Deepak, who went to Chandigarh with a pickup, said that no document is ready to be seen at night. State Fruit and Vegetable Producer Association President Harish Chauhan said that no tax is collected from the farmers and gardeners by the government. If recovery is happening, then the market committee and the government need to take initiative. He said that he himself would take up the matter.

If any employee is making illegal recovery then complain to the police. Marketing Committee does not collect any tax. Local farmers and gardeners have to show only photocopies of some of their documents- Naresh Sharma, Chairman of Shimla Kinour Marketing Committee