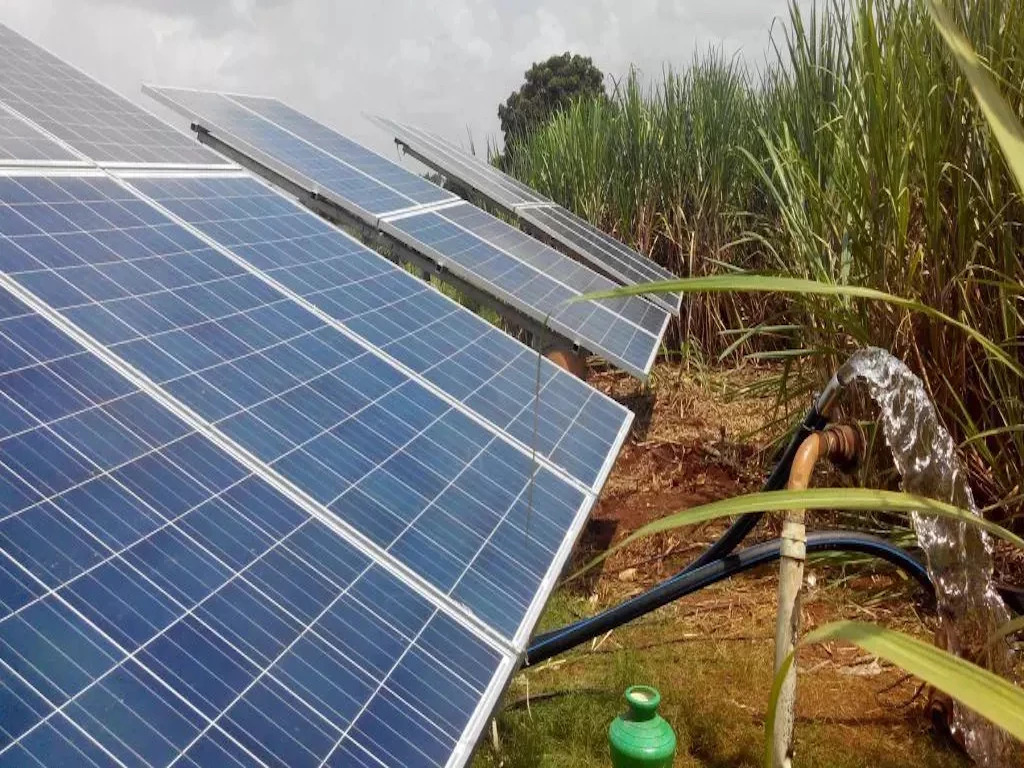 Farmers in hilly tribal areas may look forward to a prosperous future thanks to the Mukhyamantri Solar Pump Yojana. The plan was created in response to the desperate plight of farmers in Jhiranya, Bhagwanpura, and Bhikangaon. Due to a lack of power, the farmers were forced to rely on a single crop for their livelihood despite having acreage to plant crops and water for irrigation.

They did not give up hope, however, and were able to create power using diesel pumps, which eventually proved to be quite costly. A solar pump was given to Pannalal Chhatar Singh Solanki, a farmer from Kotha Bujurg, under the ATMA Scheme in 2013 to encourage him to start multi-crop cultivation in such locations. Thanks to the media, he quickly became known as the farmer who cultivated crops using sunshine.

Mukhyamantri Solar Pump Yojana was introduced by the state government in 2017-18 after early success. Solar pumps are made inexpensive under the plan by providing farmers with extra grants.

During the haat markets, vegetables farmed using solar pumps are frequently the buzz of the town. In addition to conventional crops, strawberry crops may now be found in villages throughout the winter months, since farmers have grown skilled with foreign crops. Strawberry grown here is marketed in historic locations such as Maheshwar and Omkareshwar.

Parasram, a farmer from Old Bilwa in Bhagwanpura and a class VIII passout, had previously been content to wait for lengthy periods of time for power to plant a single crop. After putting a solar pump in his farm, he now grows wheat, carrot, cotton, and taro root in addition to jowar and bajra. Parasram, like Pannalal, did not purchase tractors with his increased earnings, but he lives well.

He can now afford private hospital treatment for his family members and assist his younger brother s further schooling. Despite suffering power outages in their villages, numerous farmers, like Pyaar Singh Ghasvadiyya of Kakoda, Sanjay Sikdar and Narasimha Buta of Kotha Bujurg, and Richu of Pidi Jamli, have benefited financially from this initiative.

Since 2017-18, solar pumps provided in the region by Pannalal have proven to be a benefit for many tribal farmers. The pumps, which have a total capacity of 1460 kilowatts and cost Rs10.65 crore, were put in the fields of 535 tribal farmers in the district.

Farmers in mountainous areas have undergone a dramatic transition, moving away from generating electricity with diesel pumps and toward alternate energy sources. Farmers have been planting market-based crops in order to generate more earnings with less investment.