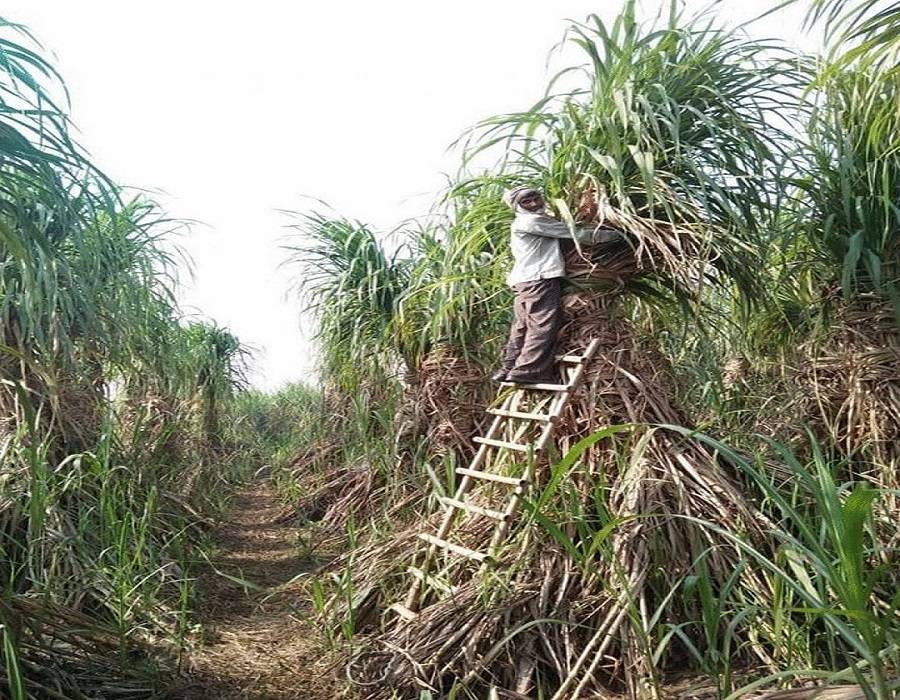 Time and again farmers prove that they are the craftsman of the highest order. They keep doing wonders in their fields every day. Mohammad Mobin, a progressive farmer from the Bilari area of ​​Moradabad, Uttar Pradesh is also one of them.

He produces sugarcane of over 23 feet while the average length of sugarcane is 6 to 7 feet only. He is an inspiration to many farmers like him.

Let us tell you that this kind of special sugarcane is produced by the trench method. Through this technology, the yield of sugarcane can be doubled, while the income can be increased by up to three times. Not just that he is an inspiration to many other farmers of the country. Farmers from different states come to visit Mohammad Mobin’s farm to learn this kind of sugarcane farming. Along with the sugarcane crop, the farmer has also sown cabbage and potatoes.

He said, earlier he was able to yield only 40-50 quintals from 1 bigha of land whereas after adopting the trench method he is able to yield over 100 quintals from the same land. He started growing sugarcane crops using the trench method and his hard work & innovation paid off when the sugarcane standing in his fields became more than 23 feet tall. Their weight also doubled from the relatively normal sugarcane.

Mobin appeals the farmers across the country to start adopting modern farming practices to get multiple benefits. This will not only increase their income but will also boost the morale of the farmers.

Suresh Kabade is another Sugarcane Farmer from Maharashtra fulfilled his dream by growing 100 tonnes of sugarcane in just one acre. Each of these sugarcanes is more than 20 ft. long and weighs almost 4 Kg each.