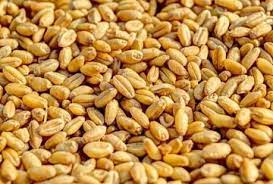 The preliminary investigation into the wheat scam at the Jandiala Guru Kendra in Amritsar has been completed. DFSO and AFSO have been proved guilty in the investigation. Food and Supplies Minister Bharat Bhushan has directed for immediate suspension of both. Along with this, while taking departmental action against two more DFSCs of Amritsar, instructions have been given to issue charge sheets. Food and Supplies Minister Bharat Bhushan has said that strict action will be taken against the officials and employees guilty in the case, they will not be spared.

The shortage of stock in wheat godowns came to light when five teams of officers arrived from Chandigarh carried out physical verification of the stock kept in eight godowns of Jandiala Guru.

The investigation was done by the formation of different teams by the CVC, according to the preliminary report of the year 2018-19, 2020-21 and 2021-22 at Jandiala Guru Kendra, there was a shortage of 184344 bags in the central pool and DCP wheat stock, whose The price is around Rs 20 crores.

Shame on these officers

Fake Wheat Procurement In the preliminary report of CVC, suspicion has been expressed about falsified procurement of wheat and misappropriation in distribution of wheat to the beneficiaries. In this regard, orders have been given to the CVC to examine the stock of Central Pool for the year 2018-19 at Jandiala Guru Kendra, and also to submit a report about the wheat distributed under PMGKY, NFSA-2013, while investigating the matter in depth. has been called.

Corruption of any kind will not be tolerated by the government. Strict action will be taken against the officers and employees found guilty in this case. To prevent such incidents in future, a committee of officers of the department has been constituted, which has been directed to give suggestions in three weeks- Bharat Bhushan Ashu, Food and Supplies Minister, Government of Punjab.

CBI investigation of food grains scam under the supervision of High Court: AAP

Aam Aadmi Party has demanded a time-bound CBI probe into the alleged grain scam under the supervision of Punjab and Haryana High Court. AAP MLAs said that this grain scam is not the first for Punjab, there have been many big grain scams in the earlier governments as well.

AAP leaders and MLAs Aman Arora and Gurmeet Singh Meet Hare said that no one inspector or officer-employee can carry out a grain scam of Rs 16-20 crore in Pangrain godowns in just one district, Amritsar. The robbery gang of this warehouse includes officials as well as ruling politicians. There should be a time bound CBI probe into this scam under the supervision of the High Court.