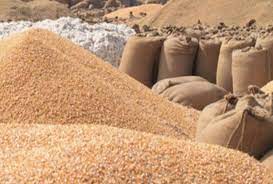 The Food Corporation of India (FCI) will open six wheat procurement centers from Thursday for the farmers of Himachal Pradesh. FCI has set a target of purchasing around seven thousand metric tonnes of wheat in the current season. Last time 32 hundred metric tons of wheat was purchased.

The harvesting of crops in the fields is in full swing and the Central Government has fixed the Minimum Support Price (MSP) of wheat at Rs. 1975 per quintal. The Food Corporation of India, one of these six wheat procurement centers, will open a new procurement center in Ghumarwin for the farmers of district Bilaspur.

Along with this, the farmer will also have to give his bank account. The farmer will be paid online within 48 hours of selling the wheat. Right now, Himachal wheat was being returned from the mandis of Punjab because land was being demanded from the farmers there. Six lakh metric tonnes of wheat is produced in the state.

Six wheat procurement centers are being opened from Thursday. The purchase center is being opened for the first time in Ghumarwin. The farmers will have to show the Jamabandi and then purchase the wheat. Farmers will be paid online within 48 hours. This will facilitate the farmers in selling their crops.- Virbhadra Singh, Marketing Manager, FCI