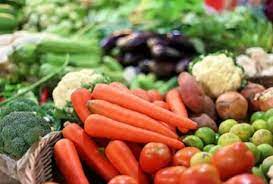 Now Haridwar vegetables will be sold in Dubai markets, this will happen for the first time

For the first time, vegetables of the state are being sent internationally. In this, consignment of vegetables from Haridwar district is also being exported to Dubai through APEDA. If this deal works, then very soon the vegetables of Haridwar will be sold abroad. He told that on July 24, vegetables have been sent to Dubai by plane.

Haridwar district will become the hub of Garhwal division

For this, Haridwar district will be made the main market, because the geographical conditions of Haridwar district are favorable for international vegetable trade. The railway to the airport is also very close to transporting vegetables here.

Cucumber and Pumpkin have different identities

Although a lot of vegetables are produced in Haridwar district, but in these, cucumber and turai have their own special identity. Roorkee Horticulture Officer Rajesh Prasad Jasola told that the size of cucumber and turai remains normal here. At the same time its quality has also increased. In the district, there is more production of indigenous cucumber than hybrid. Its market demand is also high.