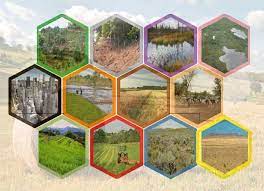 Punjab Agricultural University (PAU) has developed three new varieties of wheat and one variety of oats and clover (berseem) each. These are meant to be cultivated in the state of Punjab. The varieties developed include

These varieties were given approval during the meeting of the State Variety Approval Committee. Presiding over it was Dr. Sukhdev Singh Sindhu, Director, Agriculture, The Tribune reported.

The wheat variety PBW 803 is recommended for Punjab’s south-western region including Bathinda, Faridkot, Fazilka, Ferozepur, Mansa, and Muktsar. It is recommended that this variety should be grown under good irrigation and should be sown timely.

The average height of a plant is 100 cms and it matures in approximately 151 days. The more positive side of this development is that PBW 803 is fully resistant to brown rust and also somewhat resistant to yellow rust.

PBW 824 also must be cultivated under the same conditions as PBW 803. It has an average height of 104 cms and matures in approximately 156 days.

The last wheat variety, PBW 869, is recommended to be sown with super seeder or happy seeder in in in-situ rice-residue managed fields. Its height and maturity-phase is similar to the two previous varieties. It is also fully resistant to brown rust and moderately resistant to yellow rust.

The oats variety OL 15 is a single cut oat variety meant for the irrigated areas of Punjab. BL 44, the new berseem variety, grows quickly and also has more number off tillers.