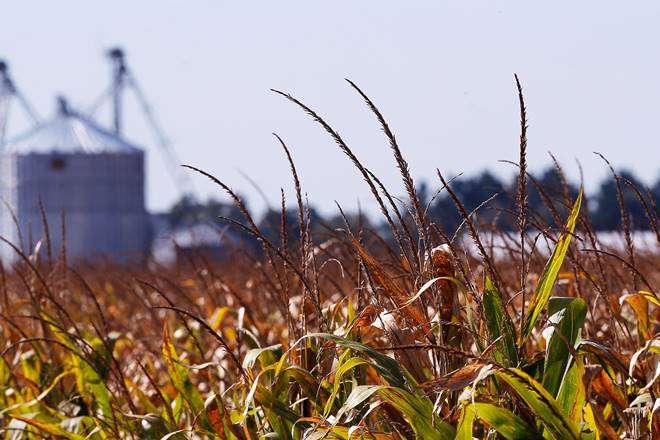 Getting Agri-futures right is need of the hour; Here’s what government needs to do

Even after 70 years of Independence, the marketing system for agri-products remains unsupportive of farmers. They can’t discover and realise the best prices possible for their produce across space and time as markets are not sufficiently integrated.

Even after 70 years of Independence, the marketing system for agri-products remains unsupportive of farmers. They can’t discover and realise the best prices possible for their produce across space and time as markets are not sufficiently integrated. They sell in local markets where prices go bust in case of bumper harvests—as happened in the last few months, not only for potatoes and onions, but also for most pulses and oilseeds. The e-NAM aims to create an all-India spot market by creating an electronic platform. However, for transactions to take place across mandis and states, one has to do much more than installing a simple software. It needs assaying, grading, sorting, storing, delivering, and settling disputes with respect to each transaction. Despite a good concept (e-NAM), creation of an all-India spot market for farmers is still at least five years away, if not more. If the government wants to do it faster, there could be some lessons from India’s nascent, and China’s well-developed futures markets.

Agri-futures markets are one way to ensure that farmers’ planting and selling decisions are forward-looking, and not based on past prices. This can help smoothen the typical boom-bust problem in agri-prices. However, there are two key problems with Indian agri-futures: One, they are often disrupted by sudden bans or suspensions by the government as many policymakers have deep mistrust in the functioning of these markets. And two, very few farmers or farmer-producer organisations (FPOs) trade on futures, which in turn reinforces the mistrust of policymakers. No wonder, the overall size of agri-futures in India remains trapped at low levels, and the deeply worrying part is that since 2012, it has been tumbling down (see accompanying graphic). Although the onus of reviving this trend largely lies with agri-commodity exchanges and the regulator, it may be worth looking at the Chinese experience in this context, and see if anything useful can be learnt.

Interestingly, India recorded its first trade in futures in 1875, in cotton at the Bombay Cotton Exchange—just 10 years after the first trade was consummated in the US. But India’s agri-futures could not develop much due to a series of suspensions around World War II, in view of shortage of essential commodities. This mindset continued post-Independence, and only pepper and turmeric were allowed to trade in 1977. However, it was the bold vision of prime minister Atal Behari Vajpayee that, in 2003, three national exchanges were set up and all commodities were allowed to be traded in futures markets. But since 2003, 15 commodity futures were suspended, leading to uncertainty in the market. Despite there being sufficient evidence that spot prices broadly converge with future prices, there remains a mistrust in commodity futures amongst policymakers. No wonder, agri-futures remained at low levels, forming only 2% of 1.6 billion global agri- futures contracts during the triennium ending (TE) 2016.

In comparison, China—which started in early 1990s—was the largest player in global agri-futures contracts with a whopping share of 69% by TE 2016!. What is the secret of the Chinese success? China also did lot of experimentation in early years, starting as many as 33 commodity exchanges in 1993, but many of them had to be shut down by 1998, and trading in several commodities suspended. One of the key lessons that China learnt from CBOT experts of US was that spot or wholesale market of sufficient size and efficiency has to be developed before establishing a vibrant futures market. The other takeaways from the Chinese success in agri-futures are: (1) state participation in the futures markets through the State Trading Enterprises; (2) no abrupt suspensions of commodities; and (3) focus on choice of commodities, which are not very sensitive from food security point of view. As one can see in the accompanying graphic, the Chinese volume of contracts is much higher in soya, mustard, and corn complexes, which are basically for feed. Palm oil, sugar, cotton and rubber are other commodities that China imports in large volumes, and they are not part of core food security basket.

So, what is the lesson for our regulator and commodity exchanges? The key lesson is: pick the commodities carefully, and deepen their markets first. Sebi has tried to come up with some indicative criteria in choice of commodities to be developed for futures markets, but the basic distinction between feed and food commodities is missing. And it is here that Chinese experience is relevant as they first tried to develop futures in commodities that are non-sensitive from food security point of view.

In this context, in a larger paper with Siraj Hussain, former secretary of agriculture (GoI), we carried out a principal component analysis taking several commodity parameters into account with a view to identify most promising commodities for futures markets. Our results show that commodities with highest potential for futures trading are either feed material (soybean meal, rapeseed meal, maize) or fibre (cotton), followed by spices and edible oils. Basic staple food items like rice, wheat, and even pulses get low ranking due to their food security concerns. India being the largest importer of edible oils, especially palm and soya oils, these are promising candidates for agri-futures provided global players are allowed to trade in these.

It is, thus, obvious that a well thought out strategy to pick the right commodities is better way to develop agri-futures rather than a frequent stop-go policy. The trust in commodity futures will enhance once more FPOs start trading on agri-futures, and they start gaining directly or indirectly from agri-futures. Sebi can help incentivise the participation of FPOs in the futures-trading platform, but the real onus of this lies with agri-commodity exchanges, and it is here that the progress has been extremely slow.

The story has not been edited by Apni Kheti staff and has been published from different feeds.